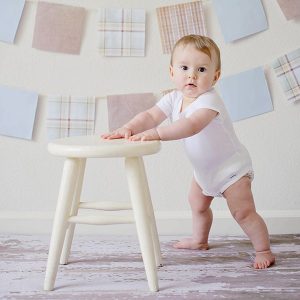 It is common knowledge babies need loving care in order to build secure bonds and develop well in the first years of their lives. Children necessitate secure relationships in order to learn well and to be able to take advantage of educational opportunities.
The current state of research in psychology, neurology and pedagogy shows that infant boys need the satisfaction of their basic emotional needs for their development, as well as secure bonding relationships for courageous exploration, and sensitive attention for optimal brain development.
Here are some gifts that help satisfy the infant boy´s needs.

Most parents enjoy the first year with their child because he or she is completely connected to them, and obeys easily. But time comes when their baby boy’s behaviour changes and it becomes increasingly difficult and it is really stressful to get along with him. He tries to break away and to achieve more independence. Your boy learns to walk and to speak, to push and pull toys, to throw a ball overhand and to build towers out of blocks. These newly acquired skills strengthen his self-esteem in a great way. 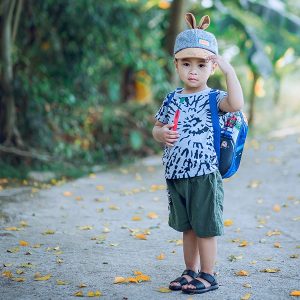 Now your baby boy wants to be even more independent, going through enormous social and emotional changes. He wants to investigate the unknown, is able to distinguish forms and colors, starts copying the actions of his people who surround him. It is hard to overestimate the play in this phase: toddlers gain basic experiences to use in everyday life. They learn how to act cooperatively, develop creative ideas, endure tension and relaxation, concentrate, listen, deal with success and failure and observe certain rules. Besides, memory, imagination and logical thinking are trained. 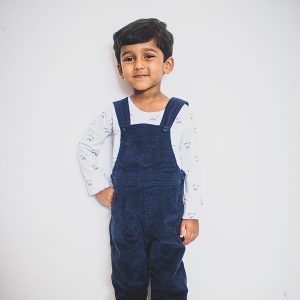 In the fourth year of life, boys develop more and more independence. They want to test out their own abilities, establish contacts with other children and develop initial friendships. They become aware of their gender, develop fears and learn to put themselves in other people’s shoes, and to understand differences between fantasy and reality. Listening to stories as well as inventing and telling them is likely to become one of their favorite occupations. Many toddlers can climb stairs with one foot on each step, but still use both feet to walk down stairs. Riding a tricycle is a good way to improve motor skills. Ball games are ideal for developing concentration as well as motor skills. Most children can now throw bigger balls and catch them with both hands and enjoy playing football, although here they still use their whole body. 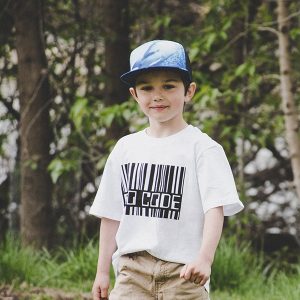 In the fifth year of life, boys want to do as much as possible themselves and show what they can do. Their motor skills have become more developed, the self-esteem sometimes gets enormous. Don’t be surprised if your boy starts questioning all the rules and is constantly bombarding you with questions. Boys in this age need to move all the time. They can hardly sit still. They skilfully race around sharp corners on their scooters or even climb a tree! Small mishaps and accidents are part of the progress made in these months of life, helping raise your child’s awareness of his limits.
There are so many gifts suitable for a five year old boy! Find them here. 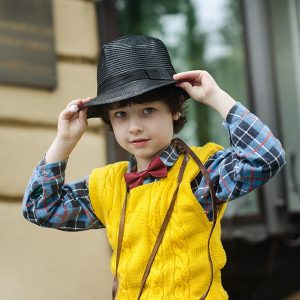 By the age six, your boy should have learned to follow various rules, dress and undress alone as well as interact with other children. The language should have established itself, still new words are usually learned without effort. In the following stages of development, the child expands its abilities again until he is ready to start school. Your boy does not always have to ask to understand something new, but very ofthe explains it by himself. I can do nothing wrong if you encourage your child to do a lot of puzzling and build models according to instructions. Paint, draw and make as much as possible together. This phase of development is extremely important for his psyche: his self-confidence grows, his mental attitude is strengthened. In this age kids also start to show more concern for others. 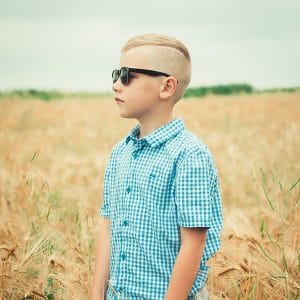 Now your kid begins to understand jokes and retell them, tests out his verbal boundaries and observes your reaction. His vocabulary is constantly increasing, making it easier for him to describe picture scenes and to answer questions. Your seven-year-old becomes ambitious and often focuses on his own performance. In doing so, he is dependent on his parents trusting him to do certain things, such as getting to school on his own. Mental, psychological and physical development does not proceed in the same way in every child. Some kids may take a little longer to acquire certain abilities. This does not have to worry you!
These gifts will definitely help your kid to develop skills necessary at school.

Children at the age of eight develop a great sense of justice. Trust and reliability become very important for them. Their attention span is getting longer and longer; and reading as well as arithmetic is now easier. The thinking of eight-year-olds is becoming increasingly complex, flexible and at the same time more organised. In this way, children are better able to see a problem from different angles and understand its context. There is also progress in terms of spatial thinking, because eight-year-old boys are able to describe objects from a different perspective than their own. Distances between two places can also be perceived much better, which means that the way home from school or from friends can now be mastered without problems.
Show your confidence in your boy by endowing him with these wonderful gifts. 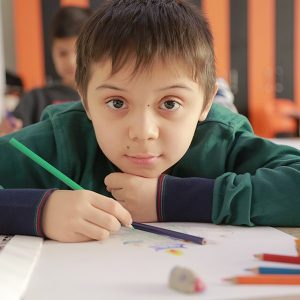 Your boy is still in primary school, but sometimes already behaves like a “crazy” teenager? Your son gets pimples and grows up fast? In the company of others, the nine-year-old now tries to understand the rules, observes them and sometimes even negotiates. He evaluates himself and also his effect on others – a positive consequence of the developing self-consciousness. His sense of justice is very distinctive and in order to defend his best friend, he could do anything. Conflicts are best clarified with words – the understanding for this only slowly begins to grow. At the same time, however, your kid needs ideals that he can look up to and identify himself with. These can be people from the music scene or the world of sports, or even you as a parent.
These gifts will be a perfect assurance for your child that you believe in him no matter what happens. 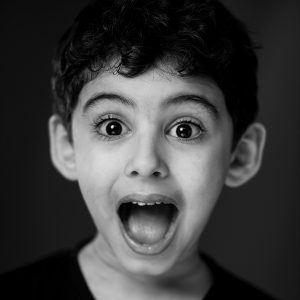 Boys get more independent at the age of ten. Even though the parents are probably still one of the great role models, an independent, rational way of thinking is slowly developing. Nevertheless, most boys are still in the middle of their childhood at this age. Cycling, swimming and afternoons with friends are among the experiences that are important for them. Physical awareness rises naturally, so that many boys have great fun exploring their surroundings by bike, playing football or roller-skating with their mates. For many children the interest in sports and hobbies is increasing. Most boys compare themselves with their mates. At the same time they make their first experiences and compete against each other. For boys at the age of 10 it is important to support each other in the group and to experience that they are able achieve something in a team.
Support your boy’s hobbies with these gifts. 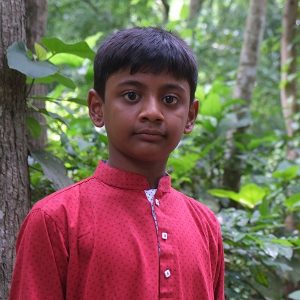 Are eleven-year-olds already big or still small? Many parents ask themselves this question. Boys in this intermediate phase can concentrate longer – up to 45 minutes. And they start thinking abstractly showing interest in social issues and developing the ability to change perspectives. Vocabulary grows by leaps and bounds, the ability to form difficult sentences increases, organisational and planning skills are being developed constantly. If your child feels that he is popular with peers, his world is fine. If he feels excluded because he cannot do things as well as the others, he suffers. Still, parents will recognize that their eleven-year-old boys are more confident, harmonious and responsive compared to previous years.
In this article you will find plenty of bright gift ideas for your eleven-year-old.

By the age of 12 years, boys become prepubertal, whereby this phase can be transferred to the age of 13. It is sometimes chaotic, turbulent and not always easy for many parents.
Noteworthy is the linguistic change of the boys at the age of 12: they start speaking the youth language and thus make their identity clear. It is precisely this process of finding their own identity that is one of the most important achievements of preadolescence.They increasingly detach themselves from the family and the values as well as norms within the family.
Praise your teen’s achievements and transformations with these genuine gifts. 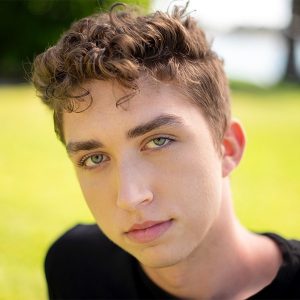 The typical changes of your son’s body at the age of 13 occur gradually and inevitably. These include regular growth spurts of up to ten centimetres per year. His hands and feet become significantly larger, the silhouette increasingly assumes a more masculine shape with broad shoulders and narrow hips. Within a short period of time, the boy’s body quickly builds up muscle mass. Due to this strong physical change, boys during puberty often appear disproportionate and appear quite clumsy as a result of the new body perception.The boys begin to break away from their parents’ house, demanding more and more freedom and privacy. The door to the room remains closed all the time, conversations are monosyllabic. The brain of a teenager is constantly searching for extreme impressions, adventures and tension experiences. Exploring boundaries is an integral part of growing up.
Show your love and estimation by gifting what your teenager really needs. 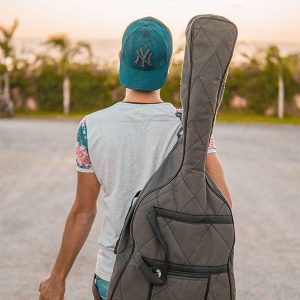 By the age of 14, most boys are in the middle of puberty. This is accompanied by an exciting period of life, which involves upheavals within the family. We parents are faced with the challenge of keeping calm and coping with everyday life with our little rebels. It is not uncommon for good little boys to become rebels. For parents, this means conflicts with social norms and values. At the same time, nobody should throw their own understanding of values overboard and take the time to talk together at the table and find a solution. The whole thing will not always end without tantrums and tears. But all your efforts are worth it, because the boys benefit from the discussions and this form of confrontation. Later on they have the opportunity to develop into a young man within the framework of orderly rules and values.
Be sure to find an appropriate gift for your fourteen year old boy here.

Boys are under particular pressure from the social transformations of gender roles. Therefore, parents should not put stereotypical expectations and behavioural patterns on boys, but rather encourage them to develop their individual personality. It is important that we as parents stop thinking in terms of stereotypical patterns. Success in life is achieved especially by those who have not developed so single-mindedly according to stereotypical models. That is why it is important to open up a broad spectrum of development for boys and not to let them walk into a dead end. Boys have their peculiarities and their individual biological development, which must be taken into account in the different phases of life. If we, parents, know these, we can react appropriately and give our son what he needs to grow up into a happy and harmonious person.

George is a gift-loving co-founder of Giftpundits.com, a commercial photographer, and a jet fighter pilot (just kidding), but his biggest project is being a good dad for his daughter.

This site is all about finding a perfect present for the special person in your life.

We constantly create new hand-picked collections for you to find gift inspiration for whatever occasion.